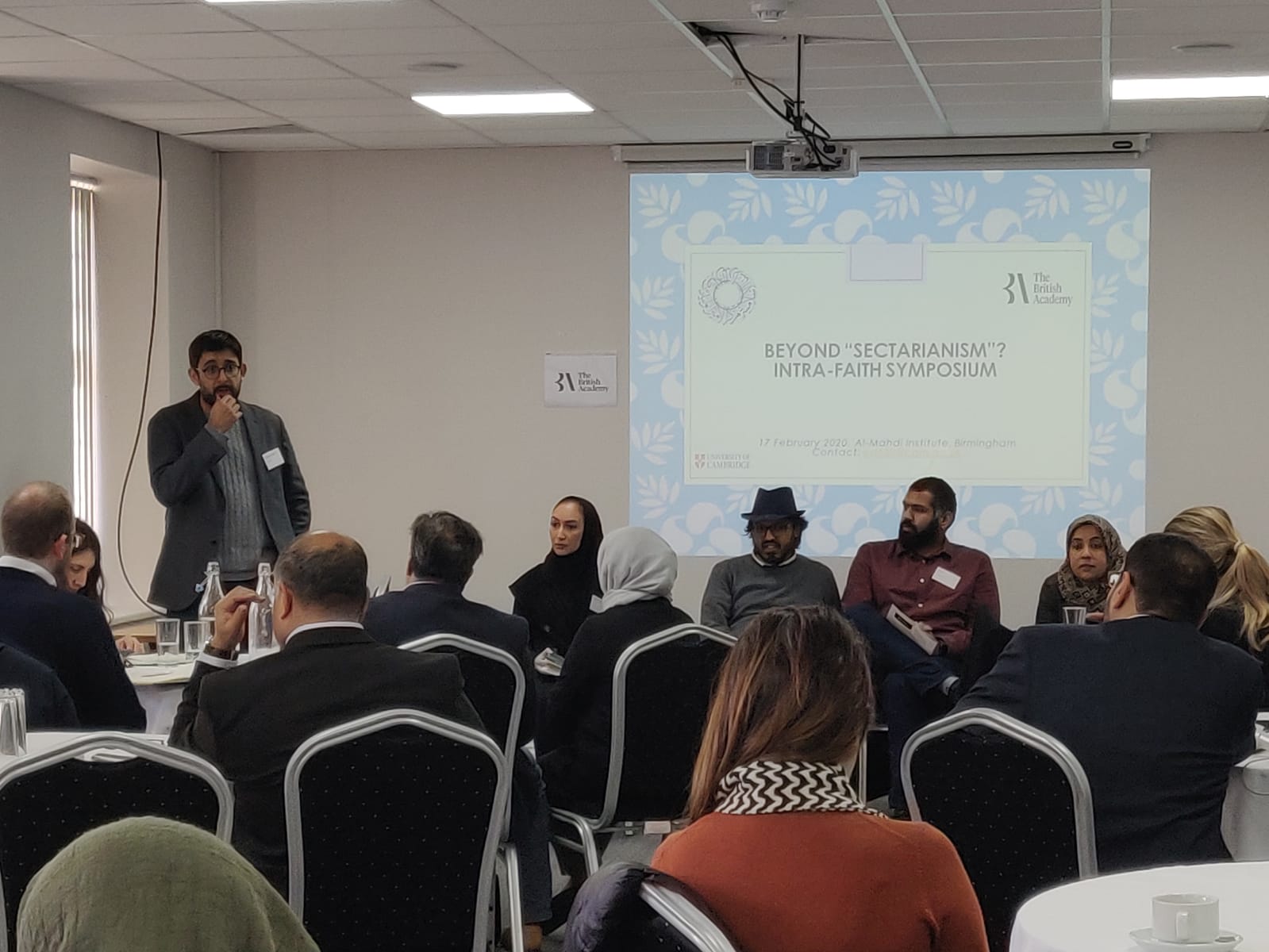 The Centre of Islamic Studies (University of Cambridge) held an Intra-Faith Symposium at Al-Mahdi Institute as part of the Centre’s ‘Beyond Sectarianism’ research project. The year-long project, initiated by  Dr Emanuelle Degli Esposti and funded by the British Academy, aims to bring together academics, policymakers, and community members from both Sunni and Shi’a branches of Islam in order to work towards building a common conceptual and theoretical tool kit for the study of intra-communal antagonism. Currently, no suitable conceptual language exists to explain forms of identity, conflict, and cooperation among British Muslims beyond simply reducing the specificity of their experience to the problematic concept of ‘sectarianism’. Key events, alongside the symposium at AMI, include an academic conference at the Woolf Institute (University of Cambridge), and a public screening of the documentary ‘Why Can’t I Be a Sushi?’

The intra-faith symposium facilitated dialogue between Sunni and Shi’a branches of Islam, as well as engaging policymakers in meaningful conversations regarding the place and resonance of Islam in Britain. By bringing together community leaders, members, and policymakers, the intra-faith workshop primarily intended to promote dialogue and understanding between different Islamic sects, as well as establishing points of commonality regarding issues of integration and Muslim representation within British society. Opening remarks were presented by Dr Julian Hargreaves on cohesion and tolerance in the UK followed by workshop discussions responding to the question, “How do we increase cohesion within Muslim communities in the UK?” Deliberations centred around the themes of education, Muslim/non-Muslim relations, state-society relations, and going beyond historical disputes. Workshops were convened by AMI’s Dr Ali-Reza Bhojani, Mustafa Field OBE, Dr Amra Bone, and Sheikh Salahudin Armstrong.

By engaging both community leaders and the younger generation of British-born Muslims, the event fostered greater dialogue and understanding across both generational and sectarian divides, helping to build bridges both within the Muslim community and with British society more broadly. Insights and findings from the event will be shared via a variety of media and publication channels, thus maximising the project’s exposure among the wider public.