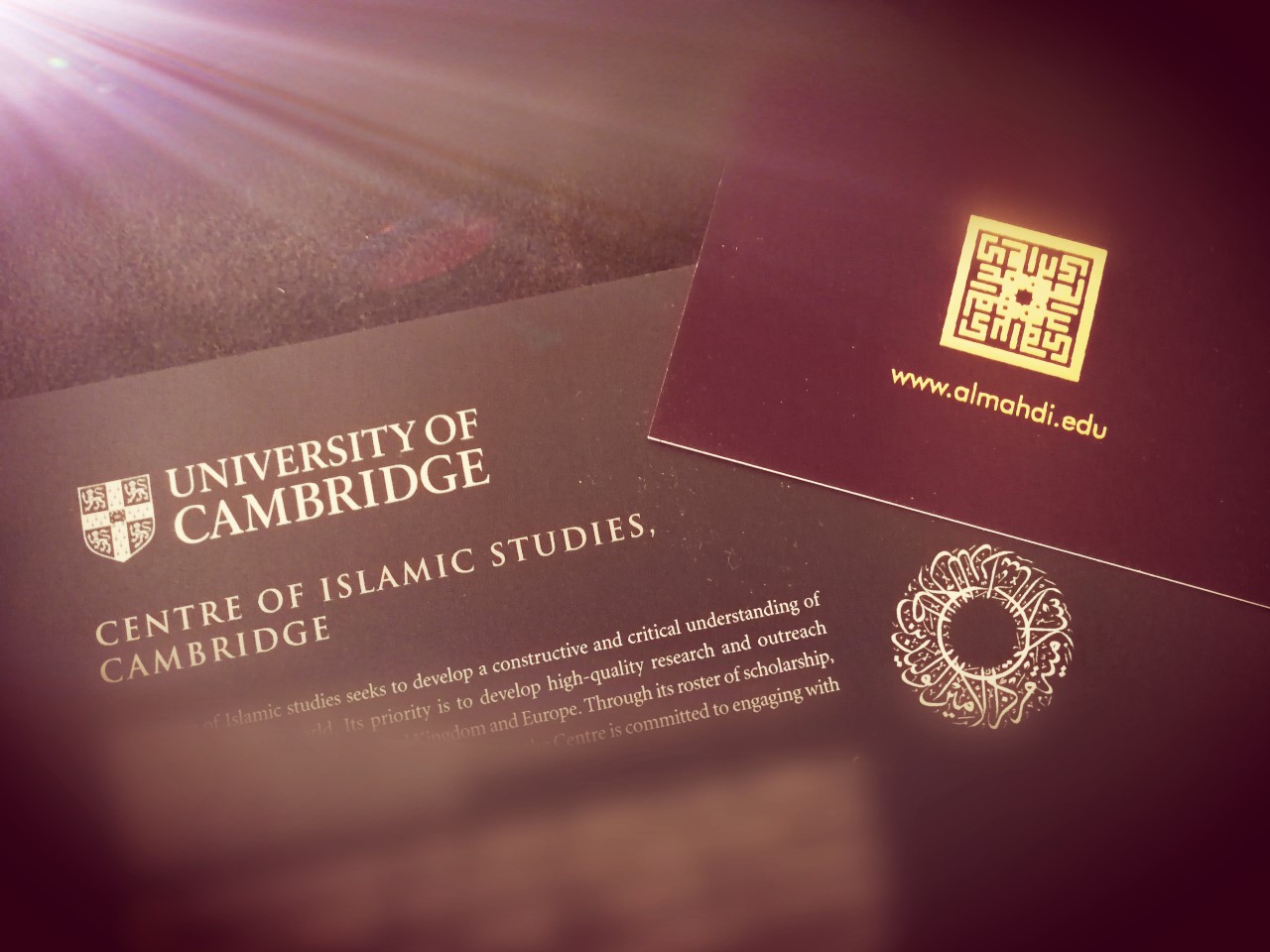 In the first half of June 2019, Shaykh Tajri was twice invited to present parts of his ongoing PhD research at two of the UK’s leading universities. Shaykh Tajri firstly attended a two-day symposium at The University of Cambridge, on the 6th and 7th of June; and The TIMES Annual Symposium at the University of Birmingham on the 12th of June. On both occasions, he was invited to present a paper entitled, Shia Female University Experiences Shaping Religious Authority Conceptions. Since the experiences of Shia women on campus is such an under-researched field, the paper was received with much interest at both venues. As a result of the presentation, the paper is due for publication in a University of Cambridge journal, in the near future.

The abstract can be found below:

Analysis of women’s experiences, in religious spaces, is a growing facet of ethnographic research; it seems a consequence of greater appreciation of the gender-specific dynamics that exist within any social space. This paper brings to light some of the findings from an ongoing research, which explores Shia Muslim university student organisations in the UK, the AhlulBayt Societies (ABSocs).

Some of the experiences of female ABSoc affiliates on campus, are specific to them and identifiable as such; largely not felt by the male research participants, or perhaps not realised in the same way. Whilst the challenges they face often involve cross-gender contact, they are not limited to this dilemma.

The wider research explores the concept of religious authority in Twelver Shi’ism, and the performances thereof, among this very distinct segment of UK Muslims. As such, this paper discusses how, because of their gender-specific experiences, some female participants, in practice, adopt their own religious/jurisprudential agency independently of authorities recognised within Shī‘ī orthodoxy; and how their gender-related contexts may have impacted upon shaping their perceptions of the said established authorities.

Al-Mahdi Institute and Secretariat for the Assembly of Religious Seminaries (Hawza Ilmiyya, Qom) to Collaborate on Scholarly Research Activities