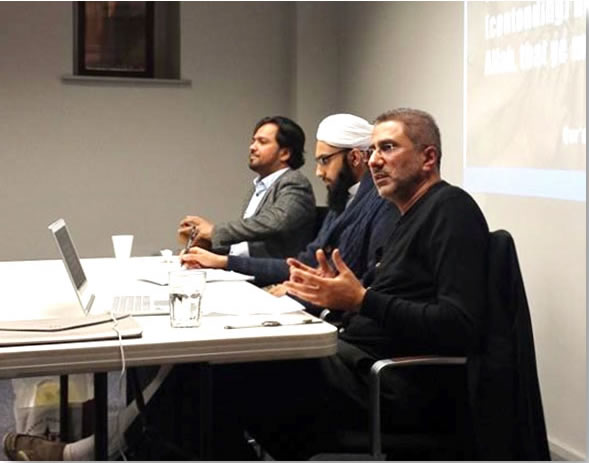 On the 15th October 2014, Al-Mahdi Institute’s, Sheikh Arif Abdulhussain attended CoMuslim’s Inaugural Event; ‘The Colour of Diversity’. Held at the Levenshulme Inspire Centre in Manchester, the event was attended by a diverse audience with speakers such as sister Najja Shah who presented the aims and objectives of CoMuslim, alongside Imam Ajmal Masroor and Sheikh Arif Abdulhussain who delivered thought provoking lectures encouraging unity in Islam. Followed by poetry on the topic of diversity by sister Yasmin Babiker.

In his talk, Sheikh Arif spoke about the benefits of a diverse population and how diversity creates individuality, which in turn, creates morality and variety. He also emphasised that individuality is the absolute hallmark of the world with references to the verses of the holy Quran such as; “Do you not see that we caused the water to descend upon you and through the same water, we produced different types of fruits.”

Followed by a talk by Brother Ajmal Masroor, who spoke about how even the evil rulers/leaders such as Firáun are mentioned in the Quran, which raises the question; If Allah (swt) is accepting of the existence of these people, then what’s wrong with us? He also encouraged the need to be more accepting of differences and diversity within the humankind to ensure a more peaceful environment.

CoMuslim, a newly founded organisation, aims to provide a neutral platform for Muslims to share their skills and interact with others on topics of common interest and importance without representing any specific madhabs or sects. It is a new initiative that aims to bridge the gaps within the Muslim community by organising Intra-faith events and workshops and publishing literature for the benefit of Muslims worldwide.

For videos and images of the event, please click here.

AMI hosts a Sunni-Shia Scholars Conference to discuss 'The importance of Love, Unity and Mutual Understanding in Islam.'