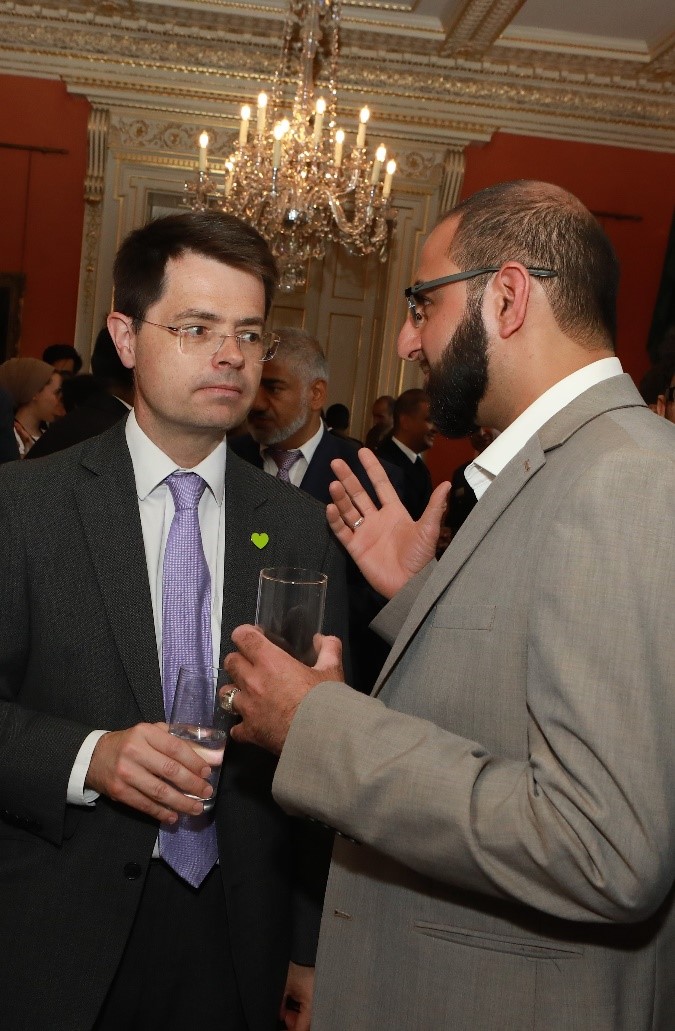 In recognition of the work carried out by Al-Mahdi Institute, both educationally as well as the positive impact on the wider British community, Shaykh Muhammed Reza Tajri was invited to this year’s Eid Reception, at 10 Downing Street.

The government’s public-relations exercise, which took place on Tuesday 12th June, was attended by around 100 invitees, representing the range and diversity of Britain’s Muslims.

While Shaykh Tajri’s political views stand in stark contrast to those of the Conservative Party, he decided to accept the invitation with the intention of engaging the ministers present and drawing their attention to some of the concerns British Muslims face, particularly that of institutionalised Islamophobia within the Conservative party. To that end, Shaykh Tajri did manage to challenge the Minister for Housing, Communities and Local Government, James Brokenshire (pictured). Shaykh Tajri used the opportunity to raise the issue of rife Islamophobia among senior Tory party members.