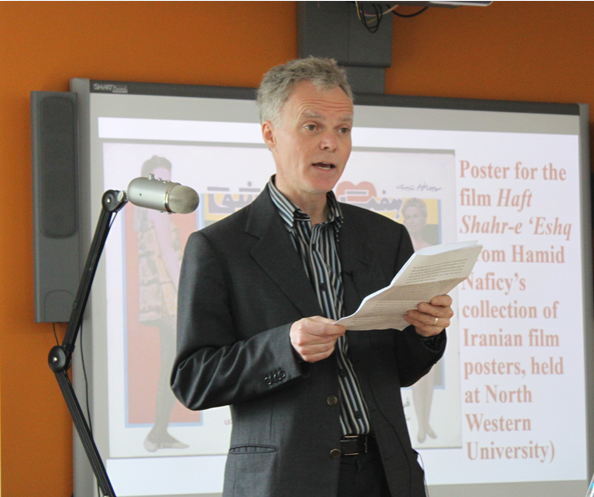 10th May 2018 – Dr Lloyd Ridgeon of Glasgow University presents on ‘The Hijab Controversy in Modern Iran’, looking at the social response to it in Iran through time and particularly through the lens of two clerics.

The hijab has been a major feature of politics in Iran ever since serious contact with Western powers began in the 19th century. Since then, female dress, and in particular head covering has become something of a political football. The hijab has become symbolic of the Islamicity in society.

In this presentation Dr Lloyd focuses specifically on the views of two Iranian clerics, Ayatollah Motahhari and Ahmad Qabel, whose views on the hijab are diametrically opposed, but who argue from a position of “rationality”. These arguments assume greater importance given the current campaign for unveiling in Iran.