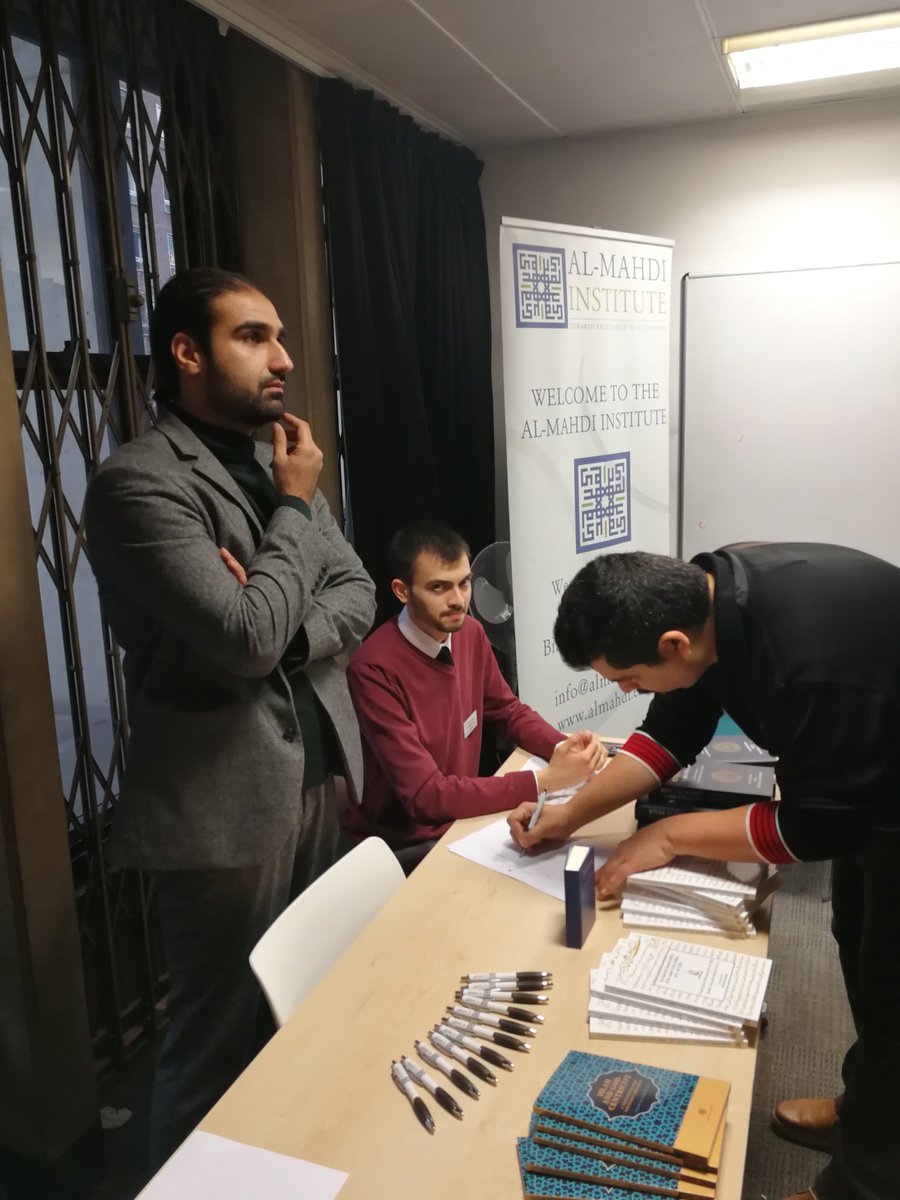 Students from AMI represented the Institute at this year’s Muslim Student Council conference, awards ceremony and annual general meeting held at University College London. This year’s conference was titled ‘RISE UP’ and centred on the theme of establishing global justice on a personal, collective and societal level. AMI’s Dr Ali-Reza Bhojani facilitated a workshop on ‘the Right Cause’ exploring themes including morality, the universality of justice, and our decision-making process in differentiating between conflicting claims of justice and oppression through classical theological debates.

Second year AMI student Sekou Ndiaye was elected to the post of Midlands representative during the annual general meeting elections for the new Muslim Student Council committee. Students from the Al-Mahdi Institute who attended the conference held a stall during the networking sessions where they spoke to attendees about the Institute, its activities and informed them about the Hawza programme. Books published by AMI Press were also available for sale.

Muslim Perceptions of the People of the Book