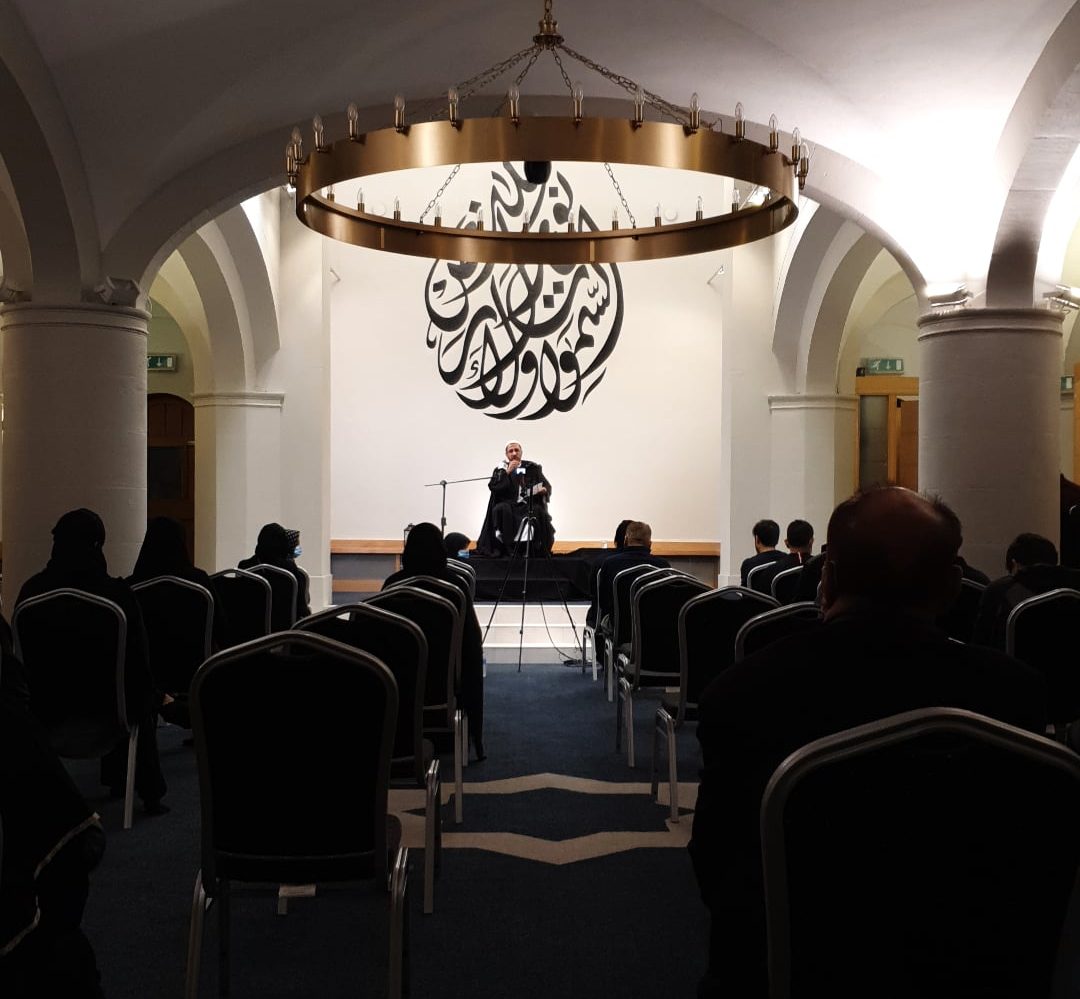 From 20th to 30th August 2020, Shaykh Arif Abdulhussein spoke on ‘Discovering God’ as a part of the Muharram lecture series at Al-Mahdi Institute. The series had a limited number of attendees in-house due to the pandemic, with strict guidelines adhered to at all times. There was a large online presence as the programme was broadcast on multiple platforms in conjunction with  with The Shia Ithna-asheri Islamic community Middlesex (Mehfil Ali) and The Organisation of Islamic Learning.

The series of lectures commenced with the description of God as that transcendent being yet so close and relatable to human beings at many levels. It then when onto the description of the human being ,consciousness and the ‘I’ and the composition of the ego as the body trying to manifest God-like attributes, and it was concluded how the body is a mere vehicle to Godliness

After discussing the state of the human soul and it’s indifference to gender, state and religions, the lectures then looked into the devotional aspects of Islam which are geared to freeing the mind from the body, ultimately leading the soul to godliness. Each of the obligations in Islam such as prayers, fasting, hajj were discussed as means in order to discipline the body in order to disengage the mind with the body in order to create this transcendent understanding of the human being that he is from one soul and humanity at large belongs to that same reality.

Each night ended with a Q&A session, with questions asked from the online platforms for Shaykh to answer

The nature of revelation in Islam, Judaism and Christianity