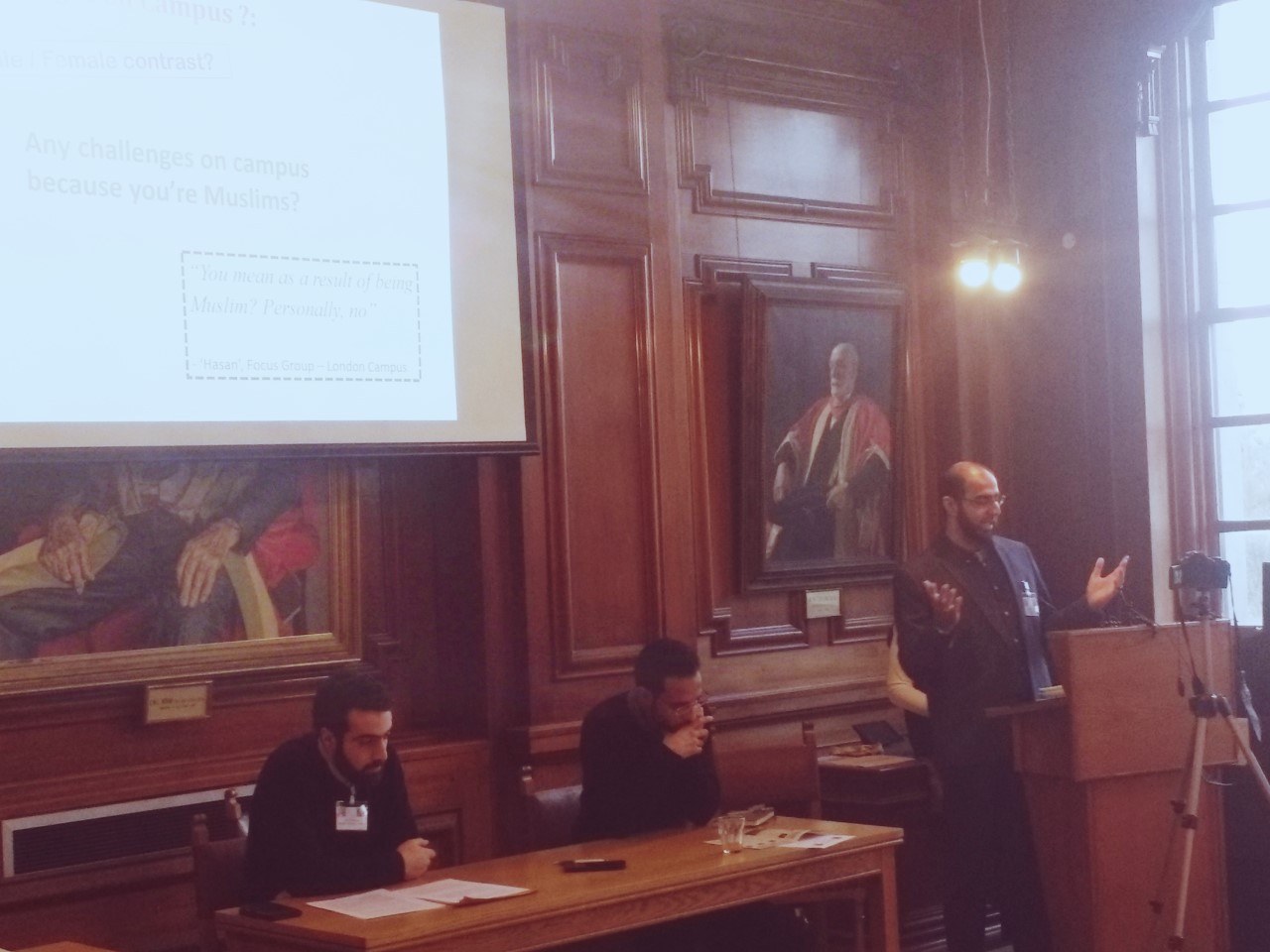 Hosted by Cardiff University, this one-day conference brought together academics and activists to explore issues of leadership, authority and representation in British Muslim communities. Some of the questions discussed included: Who speaks for British Muslims? How is authority construed, constructed and exercised in an age of mass media and the internet? The conference explored issues about how internal and external factors shape leadership structures and modalities of representation for British Muslims living as a minority in a culturally Christian but largely secular social context.

The presentation by AMI faculty member Shaykh Muhammed Reza Tajri was entitled “Shi‘a Female University Experiences Shaping Religious Authority Conceptions”. His paper brings to light some of the findings resulting from an ongoing research, which explores Shi‘a Muslim university student organisations in the UK, the AhlulBayt Societies (ABSocs). From amongst the key finding stemming from the analysis of the collected data, is that some of the experiences of female ABSoc affiliates on campus, are specific to them and identifiable as such; largely not felt by the male research participants, or perhaps not realised in the same way. Whilst the challenges they face often involve cross-gender contact, they are not limited to this dilemma.

4th Unity Conference on the Seera of Prophet Muhammed (pbuh).