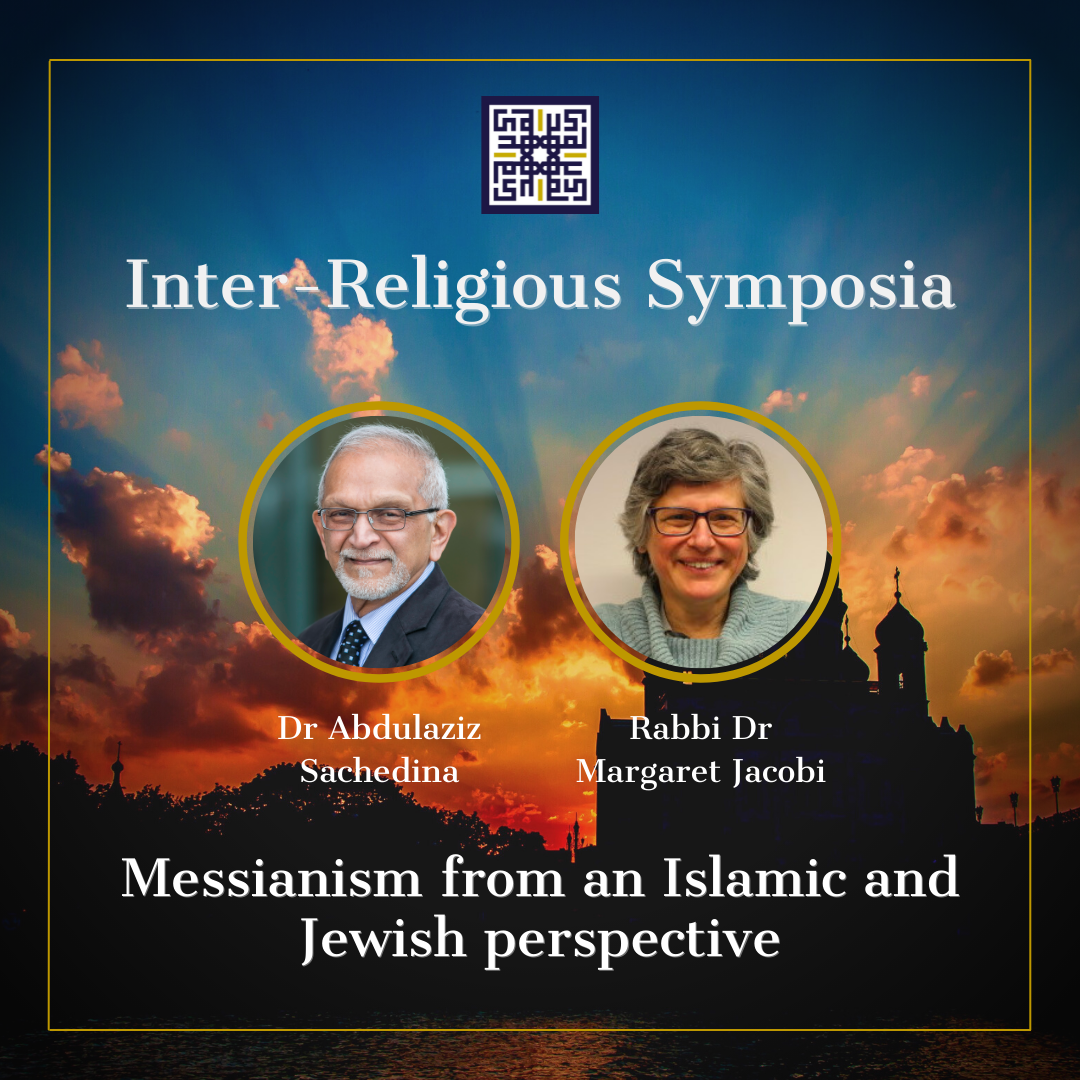 Thursday 17th March 2022 coincided with the halfway mark of the Islamic month of Sha’baan, in which the birth of Imam Mahdi is celebrated in Twelver Shi’i tradition.

On this occasion, AMI was honoured to host Prof. Abdulaziz Sachedina and Dr. Rabbi Margaret Jacobi, to discuss the topic of Messianism from the Islamic and Jewish standpoints respectively.

Prof. Sachedina’s presentation highlighted the fact that, despite the mainstream viewpoints on Islamic Messianism, there is no explicit Qur’anic indication towards the reappearance of a Messiah as an individual personality. Islamic history has witnessed numerous instances in which individuals were falsely identified as the ‘Mahdi’, i.e. the Islamic Messiah, and other instances whereby false claimants have failed in their political ambitions. However, in correspondence with other Abrahamic faiths, the Qur’an holds the messianic message as one of hope and the promise of a utopian era.

Abdulaziz Sachedina, Ph.D., is Professor and Chair in Islamic Studies at George Mason University in Fairfax, Virginia. Sachedina, who has studied in India, Iraq, Iran, and Canada, obtained his Ph.D. from the University of Toronto. He has been conducting research and writing in the field of Islamic Law, Ethics, and Theology (Sunni and Shiite) for more than two decades. He has authored the book, “Islamic Messianism” as well as its sequel, “The Just Ruler in Shi’ite Islam”.

Subsequently, Dr. Jacobi presented a variety of views from Jewish traditions, founded on textual bases. As could be compared to the other Abrahamic traditions, the Jewish vision of a Messiah is also largely based on a hoped relief from severe suffering. Hence, Jewish history has also witnessed the emergence of numerous messianic figures claiming the Jewish messianic mantle. As Rabbi Dr. Jacobi, personally, is from the Progressive Reform persuasion of Judaism, she presented that particular theological standpoint as one which also does not hold the idea of an individual person as the promised Messiah.

Rabbi Dr. Margaret Jacobi (Birmingham Progressive Synagogue) Has been the rabbi of Birmingham Progressive Synagogue since 1994. Rabbi Jacobi studied medicine at Birmingham University and then started a career in medical research, gaining a PhD in physiology. Later, in the USA, embarked on Rabbinic studies and gained a PhD on the last chapter of the Talmud. She is a member of the Faith Leaders’ Group which builds links between the different faiths in Birmingham.

New Publication: Islam and God-Centricity: Plurality and Mutability of Religion

Building Bridges with the Hindu Community in Birmingham