HomeLatest NewsIRSThe nature of revelation in Islam, Judaism and Christianity 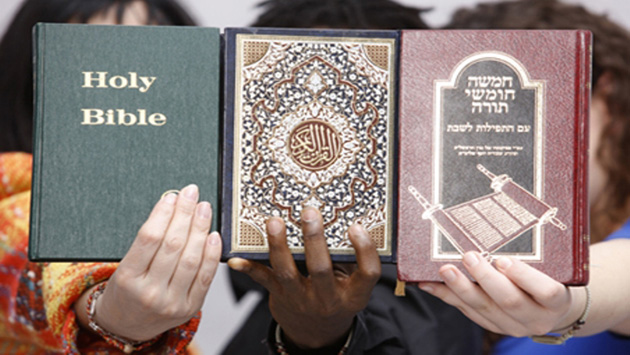 Following a break from the Inter-Religious Symposia meetings due to Covid-19, IRS reconvened virtually on Thursday 10th September, welcoming both current members and new ones.  The meeting continued with the theme of revelation, focusing on the nature of revelation and the variety of interpretations within the Abrahamic traditions. Beginning in chronological order from the eldest of the three faiths, Rabbi Mark Solomon explained that within Judaism, the interpretation of revelation is the principal dividing line between different denominations. He traced the development of thought with regards to revelation, which encompasses both the laws of God through communication at mount Sinai and the revelation of God’s being. The giving of the Torah at mount Sinai is considered to be the audible revelation of the ten commandments accompanied by physical signs. The latter philosophical rationalist approach, according to which God is incorporeal, considered God speaking in an audible manner as greatly problematic. Rabbi Mark Soloman also touched upon the mystical approach within Judaism according to which the entire Torah is nothing but the revelation of the name of God; there is a need to go beyond a legal understanding and delve into the deeper meaning of the Torah.

Following on, Dr Martin Whittingham, Director of the Centre for Muslim and Christian Studies, University of Oxford, began by distinguishing scripture as a form of revelation within Christianity from the other two Abrahamic faiths. Although the Bible is a revelation it is not considered to be the ultimate revelation but rather it points to Christ who is the ultimate revelation of God. The bible is a historical account of the history of Christ, whose authors were inspired by the holy spirit. Revelation of God also occurs through creation as the speech of God and through certain events such as the Exodus.

The final presentation was on revelation within Islam by AMI senior librarian, Mohsen Najafi. He drew a distinction between an orthodox understanding and a philosophical understanding regarding the revelation of scripture and the role of the Prophet. Whilst the orthodoxy maintains that the only  Prophet Muhammad was specially chosen and the Quran was revealed word for word to him, according to the philosophical trend, human beings have the capability of perfecting their active intellect, making them  eligible to receive divine revelation. This led to parallels between the rational philosophical trend within Judaism which asserts the same thing. The discussion that ensued touched upon the notion of revelation beyond scripture and human morality as a source of God’s revelation.