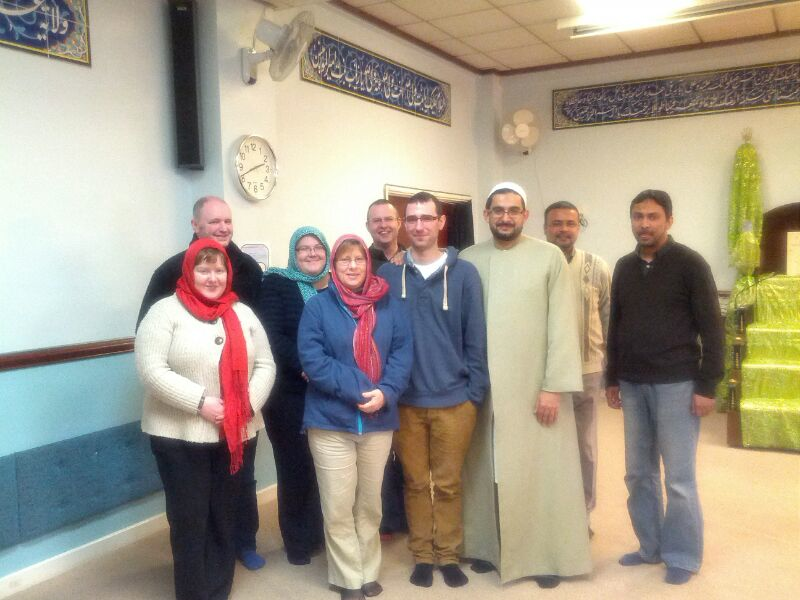 KSIMC Birmingham hosted a group of students from ‘The Queens Foundation for Ecumenical Theological Studies’ at their Clifton road Imambargah on Friday 28th February. These students, currently training to become Christian ministers of religion, attended the Friday Khutba (sermon) and Salat (prayers) led byAMI’s Shaykh Ali-reza Bhojani. This was followed by a vibrant discussion over lunch with Shaykh Ali-reza and other members of the KSIMC executive committee. The conversation ranged from topics including the conception of God in Islam contrasted with diverse understandings of the trinity in Christianity, patriarchy in the interpretation of religion and the significance of ritual elements of Muslim Prayer.