HomeLatest NewsNewsHolding the Media to Account for Misrepresenting Muslims 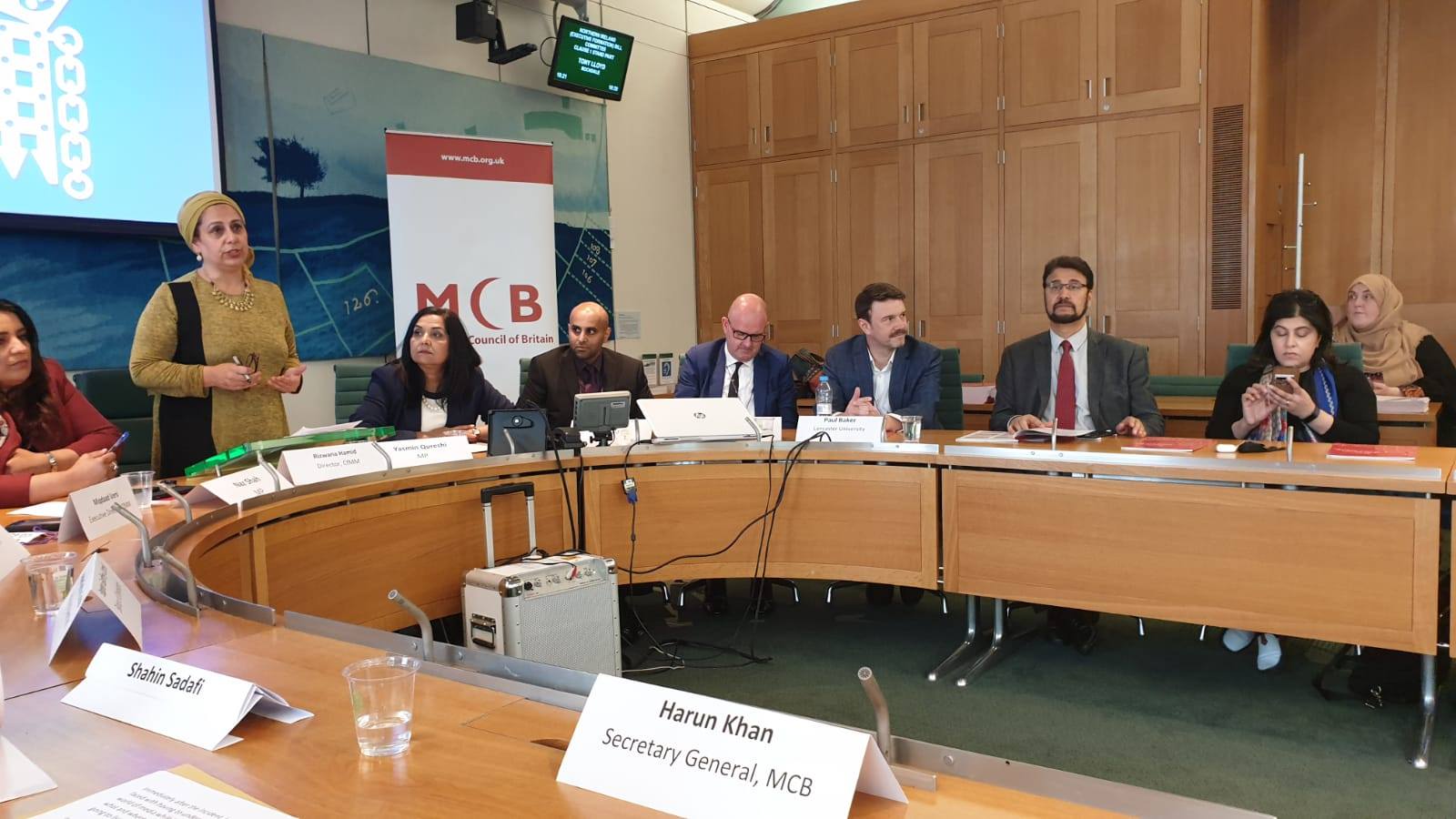 Shaykh Muhammed Raza Tajri was invited, as a delegate, to attend the launch of The Muslim Council of Britain’s (MCB) Centre for Media Monitoring (CFMM ), on Tuesday 9th July.

The launch of this commendable project took place at a roundtable meeting held at The Houses of Parliament, Westminster, and was chaired by Yasmin Qureshi MP.

The CFMM has been launched to tackle the misrepresentation and inaccurate reporting of Islam and Muslims in the media. While such work was already being carried out by MCB’s spokesperson, Miqdaad Versi, the CFMM makes the work much more coordinated and institutionalised with Miqdaad at its helm. Miqdaad, a former modular student of Al-Mahdi Institute, now stands as the Executive Director of the CFMM.

The inaccurate reporting, on issues concerning Britain’s three million Muslims, leads to increase in hate-crimes against them and a rise in Islamophobia. One of the opening addresses at the meeting was by MCB’s Sec. General, Harun Khan, who pointed out that anti-Muslim genocidal atrocities did not take place overnight, but rather were the results of the perpetual demonization of Muslims in the communal conscience over a sustained period; it was coincidental that this launch meeting happened to take place on the 24th anniversary of the Srebrenica massacre, wherein more than 8,000 Muslims were killed.

The convening of the meeting was excellently coordinated, bringing together MPs, activists, academics, journalists, editors and representatives from a range of Muslim organisations from around the UK.

The Al-Mahdi Institute congratulates the MCB on this newly formalised endeavour and looks forward to continually working with the MCB, as well as the CFMM, in the future.