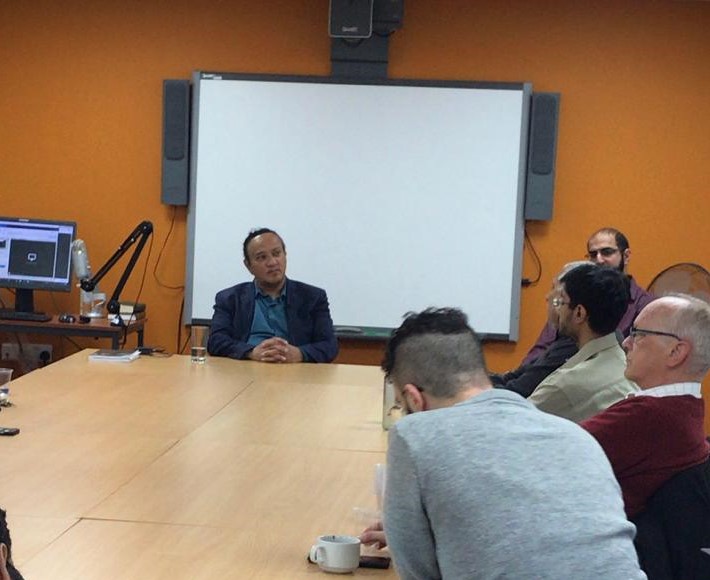 The Persian quote, ‘Say what you want about God, but be careful with Muhammad’, sums up the Muslim sentiment to any criticism or mockery of the Prophet Muhammad. Dr Shabbir Akhtar spoke about his experience and the Muslim response to Salman Rushdie’s book, ‘The Satanic Verses’, written in 1988. Rushdie’s book was widely considered to be blasphemous and provocative, sparking protests in both Muslim and non-Muslim countries, and even resulted in a fatwa calling for his death by Ayatollah Khomeini. Dr Akhtar was active following the Salman Rushdie affair in representing Muslims and expressing their grievances in the media. He also authored, ‘Be Careful with Muhammad: The Salman Rushdie Affair’, which he describes as a work of activism.

During the interactive research seminar Dr Akhtar discussed whether the Muslim response was appropriate and whether it had any causative relationship with the rise of Islamophobia we see today. He also addressed the pertinent issue of balancing the right of freedom of speech with the right of religious minorities. As all democratic societies, including the UK, agree that freedom of speech is not an absolute right, for example it excludes hate speech, the question is where should the line be drawn? Academic critique of the Prophet has been longstanding, especially by orientalist scholars, however, should work deliberately intended to cause offence, be upheld as a value that needs to be protected? This debate still has great  implications and came to the fore following the Charlie Hebdo cartoon shooting in France.

Dr Shabbir Akhtar is a Muslim scholar who holds a doctorate in the Philosophy of Religion and was a Fellow at Centre for Muslim-Christian Studies, University of Oxford, from 2013 to 2018. After working in British race relations, he taught philosophy of religion and comparative religions in an Islamic university in Malaysia for four years, and for a decade in Old Dominion University in Virginia, USA. Currently he is an associate member of the Faculty of Theology and Religion at the University of Oxford.  He has published widely on Islam and Christianity. His articles have appeared both in academic journals and in the national press. Several of his books have been translated into the major Islamic languages.

Saqifa and the Appointment of the First Caliph