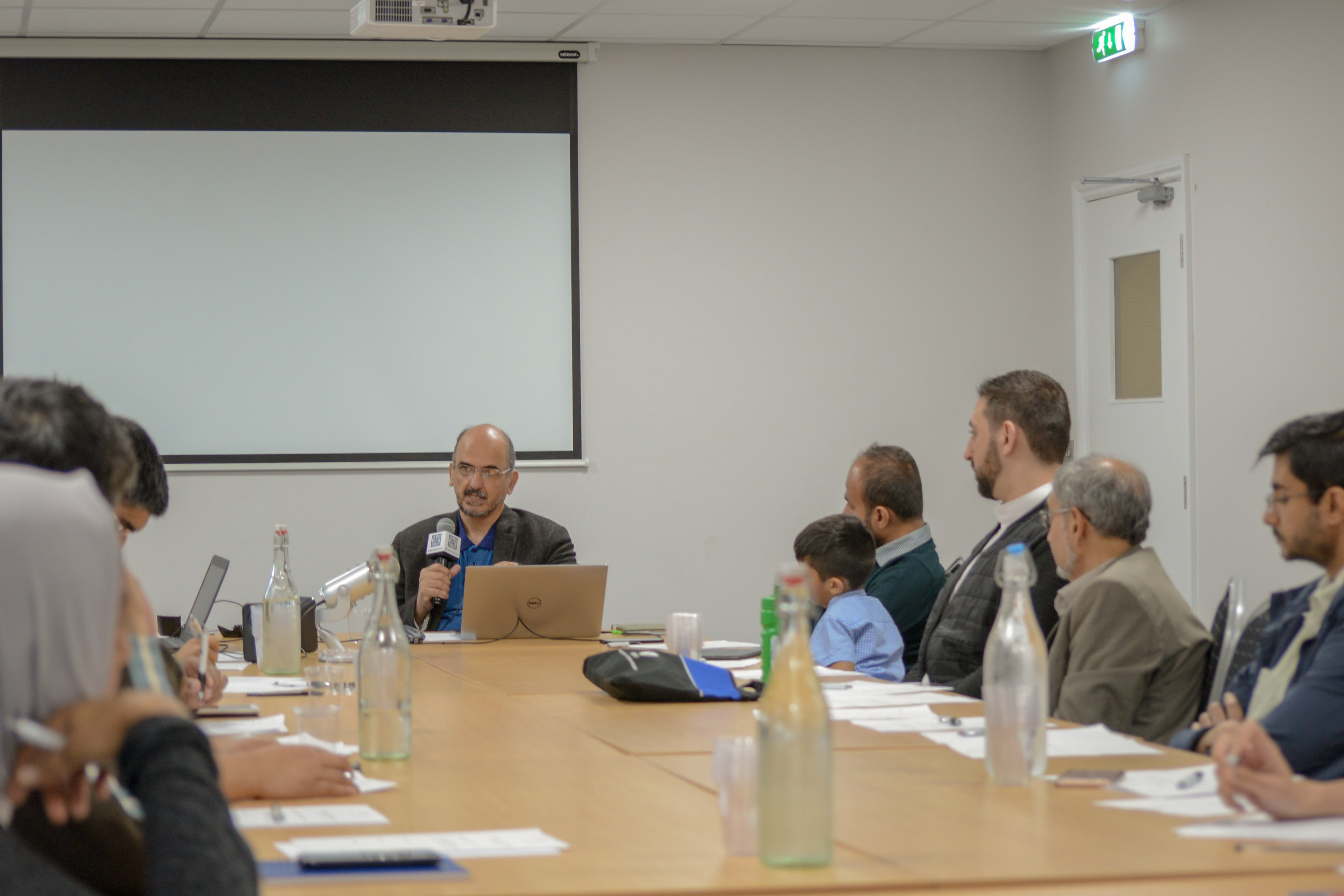 Dr Ali Fanaei presents an overview of the evolution of Shiite political theories from the fourth century of Hijra to the present day at the Shia Scholars Forum (SSF) on  15th  June.

Initially, Shiite scholars were concerned with developing private law dealing with the obligations that one has as an individual. As Shiism became the state religion during the Safavid and Qajar dynasties, jurists gained prominence but still maintained a distinction between secular affairs and religious affairs. This separation of powers meant that whilst jurists had authority over religious matters such as settling disputes, secular affairs such as politics and security fell under the king’s jurisdiction. The most important development was during the leadership Ayatollah Khomeini, whose political theory constituted the theoretical foundations of the Islamic republic of Iran and who became the first jurist who came to power as a political leader. According to Ayatollah Khomeini the scope of the jurist’s authority is exactly the same as that of the Prophet and the Imams. Jurists are obligated to establish an Islamic government since it is necessary for the implementation of the Sharia.

Dr Fanaei concluded with his own observations about the nature of the discussion. In his opinion, questions concerning Islamic political theory are philosophical, and hence the proper place for dealing with them is political philosophy. Reducing philosophical questions to jurisprudential questions is a methodological mistake. He also touched upon moral theory, arguing that any jurisprudential understanding of Islamic political theory is only valid if it does not contravene the moral framework.

Dr Fanaei completed 17 years of seminary studies in the Hawza Ilmiyya of Qum. His teachers included; Ayatollah Sayyid Muhaqiq Damad, Ayatollah Tabrizi, the Ayatollah Haeiri, Ayatollah Vahid, Ayatollah Montazeri, and the Ayatollah Ahmad Mianeji. He has an MA in Islamic Theology from the University of Qum taking special interest in modern theology and philosophy of religion. He then moved to the UK to conduct research at the University of Sheffield where he was awarded an MPhil for research on Moral Scepticism and Realism and a PhD for research regarding the epistemic justification of moral beliefs. Alongside training students at Al-Mahdi Institute, he has also published a number of influential works in Farsi, through which Dr Fanaei is becoming known as one of the most important of a select group of roshan fikri (enlightenment thinkers) whose engagement with questions pertaining to the modern world is informed with the deepest seminarian credentials.

Creating a City of Peace and Remembrance Interfaith Service