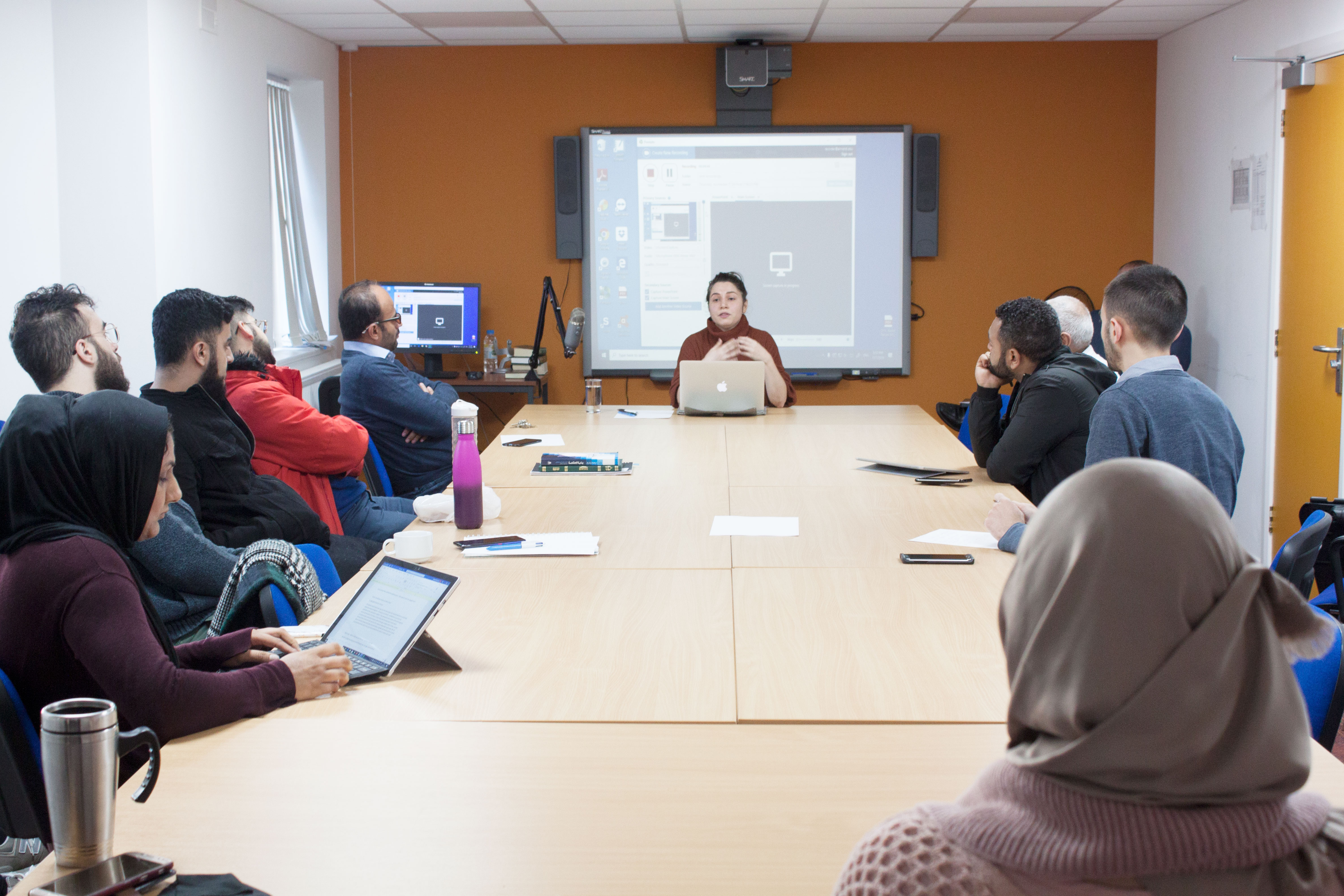 Dr Raha Rafii  presented her work on the academic notion of Islamic law as a development of the colonial project. She contends that Islamic law is wider than jurisprudence, which is the textual tradition, and that historically the emphasis on jurisprudence was borne out of the orientalist endeavour. This perception of Islam as command-oriented and legalistic tradition was further reinforced through the colonial administrations of territories in North Africa and Southwest Asia, in which Islamic jurisprudence was reinterpreted and given authority through European notions of law, a process that was further reinforced in the transition from empire to independent nation-state. For example, during the British Raj in India, various different legal traditions were studied but only the Hindu regulations and Muslim regulations were recognised as law. Within Islamic law, Twelver Shi’i ‘laws’ were based on Shaykh Muhaqiq Hilli’s text Shari’a al-Islam.  Dr Rafii problematises this, as she considers the text to be an interpretive teaching text which was taken out of this context and elevated to a set of laws. She further discussed how these changes particularly impacted notions of gender and sexuality within an Islamic jurisprudential context, while at the same time creating the very notion of “Islamic law” itself. As a historian, Dr Rafii thinks it is vital to look for the voices that are missing when construction a historical view. If the focus is solely on textual traditions, this immediately limits our appreciation of historical occurrences to what we can understand from authoritative voices, which typically comprises of literate male elites residing in urban areas. To gain a better understanding, we should be aware of the opinions and accounts of others groups of people as well.

Dr. Raha Rafii is currently a post-doctoral fellow at the Institute for Arab and Islamic Studies at the University of Exeter. She received her Ph.D. from the University of Pennsylvania, specializing in pre-modern Islamic law and Arabic historiography. Her doctoral research focused on the legal genre of adjudication and court procedure, known as adab al-qadi, in early medieval Twelver and Shafi’ite furuʿ works. She has taught courses on Middle East history and gender and empire in the Department of Near Eastern Languages and Civilizations at UPenn. Raha grew up in northern New Jersey and received a B.S. in international relations from Georgetown University and respective master’s degrees in Islamic and Jewish studies from the University of Oxford. She has also been engaged in Muslim-Jewish interreligious dialogue in the US and UK and has given lectures at mosques in the Twelver Shiʿi tradition on American Muslim communities and interfaith relations.

Abrahamic Scriptures: What are the authoritative scriptures for Jews, Christians and Muslims? And, how are these scriptures read and understood?

Saqifa and the Appointment of the First Caliph