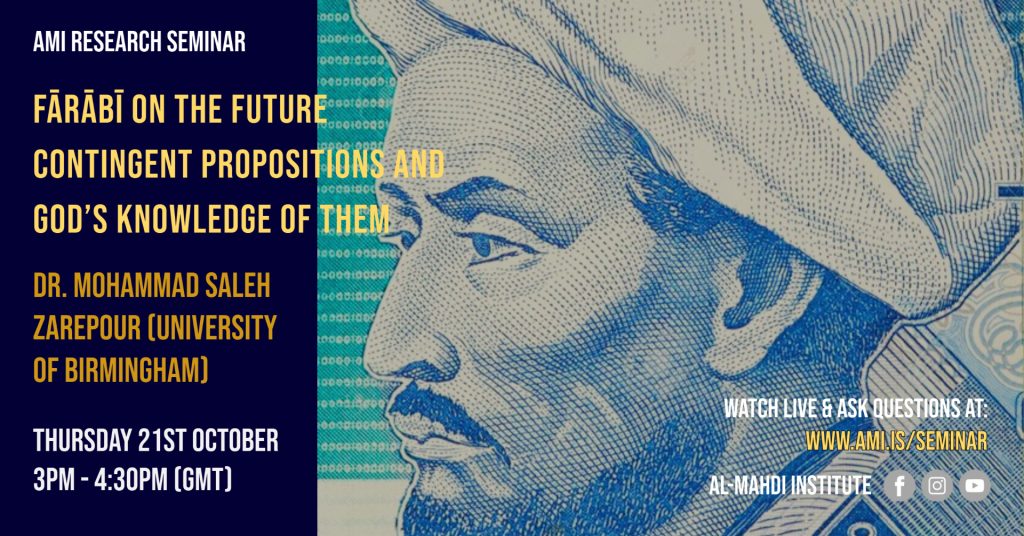 Abstract
Aristotle has discussed logical fatalism in On Interpretation 9. In his commentary on Aristotle’s work, Fārābī explains his own view about logical and theological fatalism. To reject these types of fatalism, Fārābī argues that the truth values of future contingent propositions are already distributed but this distribution is indefinite. As a result, that a contingent proposition is now true does not make it necessary. I show that although Fārābī defends this solution, there can be found passages in his commentary which signal that he is not totally satisfied with it. These passages can be taken as a sign for his implicit inclination towards a specific sort of open theism which was later explicitly defended by some important figures of Arabic philosophy.

Mohammad Saleh Zarepour is a Postdoctoral Research Fellow at the Department of Philosophy of the University of Birmingham. He received a PhD in Philosophy at Tarbiat Modares University, Iran in 2015 and another in Theology and Religious Studies at the University of Cambridge in 2019. Before going to Birmingham he was a Humboldt Postdoctoral Researcher at Ludwig Maximilian University of Munich. He is the author of Necessary Existence and Monotheism: An Avicennian Account of the Islamic Conception of Divine Unity (contracted with CUP) and co-editor of Mathematics, Logic and Their Philosophies (Springer, 2021). His areas of research interests are medieval Islamic philosophy, philosophy of religion, philosophy of logic and mathematics, and philosophy of language.