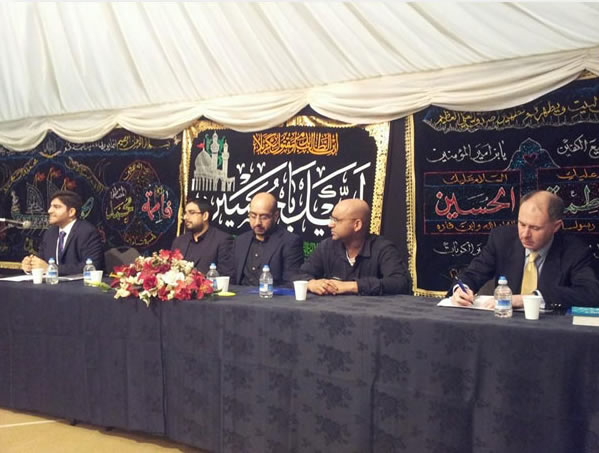 On the 23rd November 2014, the KSIMC of London held its 4th Inter-faith Hussain day to commemorate the life and mission of Imam Hussain (as). The theme was ‘Empowerment through Faith’ as inspired by the actions, teachings and sacrifice of Imam Hussain (as) with the aim to build on the similarities amongst all faiths, and work together to encourage empowerment in today’s society. The event featured leading professionals along with well-known theatre actors all with the common aim of developing ones self through stories from different faiths.

Based on an Islamic perspective, Dr Ali-reza Bhojani spoke about ‘Islam and the Common good’ in relation to the role of faith inspired by Imam Hussain (as) in empowering individuals to become active agents in pursuit of the common good and the shared values underlying difference and diversity.

An abstract of his presentation reads; “A core feature of Islam, and arguably faith traditions in general, is the call for a ‘spiritual morality’. Discussing the vision of spirituality and morality in Islam as understood through the school of the Family of the Prophet, it will be argued that the value of our faith is only to the extent that our connection with the Divine moves us to being better human beings, fully engaged with promoting shared values and living a life in service of the common good.”

Shaykh Arif sheds light on 'How to live our lives: A religious view on Contemporary Society.'