HomeLatest NewsNewsCIMS: ‘What is the meaning of Tawhid as a foundation of Islam?’ 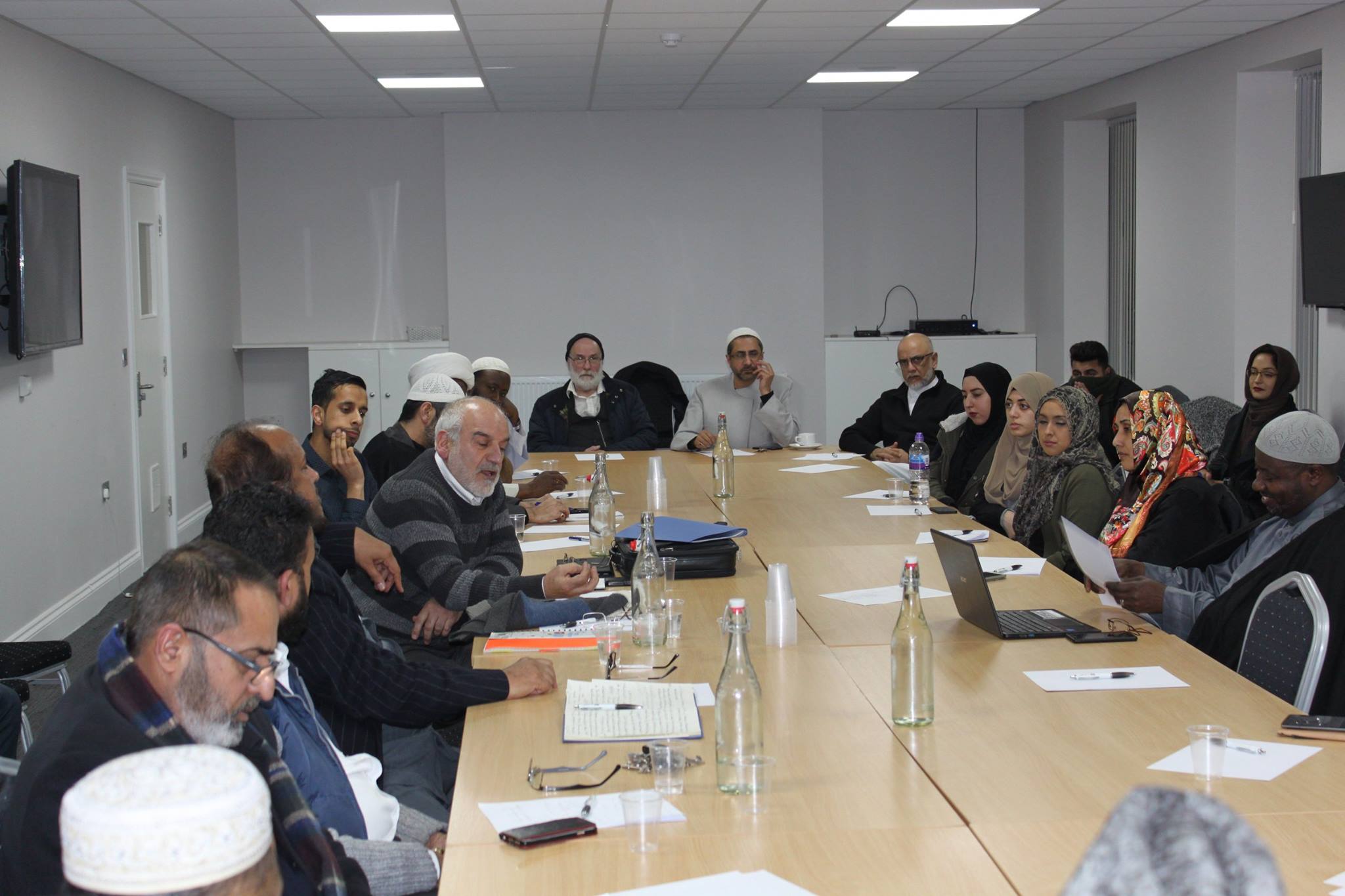 On Saturday 16th December 2017, The ‘Centre for Intra-Muslim Studies’ (CIMS) held an intra-faith discussion titled; ‘What is the meaning of Tawhid as a foundation of Islam?’ The meeting was well attended by Scholars and academics from both the Sunni and Shia schools of thought and also members of the public.  The discussion featured presentations by scholars from both the Sunni and Shia side followed by discussions and Q&A.

Shaykh Muhammad Reza Tajri presented from the Shia perspective and discussed the variety of interpretations of Tawhid.  He discussed the concept of Tawhid in its essence the Essence, attributes and also the actions of God using popular sources such as the sermons of Imam Ali (as) from Nahjul Balagha. He also explained the meaning of tawassul (a physical action) and shafa’a (a theological notion) and their permissibility and invalidity, respective of the concept of Tawhid within the Shia school of thought. It was concluded that these actions (tawassul and shafa’a) did not go against the notion of Tawhid.

Maulana Ayaaz Ahmad Ghulam Nabi presented from the Sunni perspective explaining the concept of tawhid in the Sunni school of thought and how it is commonly practiced by Sunnis.

A healthy discussion ensued thereafter whereby the anthropomorphic notion of God from the hadith and Quranic corpus were touched upon and how different schools of thought interpret them differently. Ibn Taymiyya’s notion of God was also cited from certain Sunni scholars and was discussed further to highlight the commonalities and differences in thought.

– Theologically, the Sunni and Shia schools of thought have a similar notion of tawhid. There may be differences in the terms used in describing Tawhid, however, the differences do not make a difference to the essence of oneness of God’

– The concepts of Tawassul and Sha’faa are not contradictory to the notion of tawhid. They are just a means of gaining nearness of God.

It was also concluded that a further discussion on Tawassul and Shaf’aa according to the Sunni and Shia perspectives is required, to allow for an in-depth discussion on these topics for the benefit of all scholars.