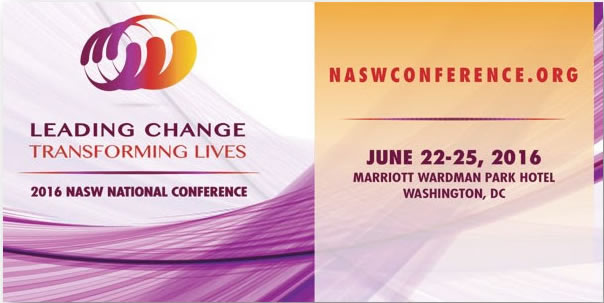 Between June 22nd – 25th 2016; part time AMI student Anderson Al-Wazni has been invited by the National Association for Social Work (NASW) to give a 30 minute presentation on ”Muslim Women, Hijab, and Feminism; Rethinking the Image of Empowerment and Terrorism”. This will be part of a panel discussion at the national conference in Washington, DC on the theme of ‘Discrimination and Equity Issues’.
Abstract:
Muslim women who wear hijab (veil) have been unfairly targeted by previous and contemporary women’s rights movements, without considering their endorsement of feminism and beliefs that counter Islamic extremism. My thesis research which was published in the October 2015 edition of the NASW “Social Work” journal, examined women who wear hijab, feminist belief, and body image. I find this topic increasingly important for social work practice and education, not only in regards to feminist discourse, but also in recognizing Islamophobic language and policies that have surged in recent years. Both clinicians and policy advocates need to be better educated on the mass propagated images of both feminism and terrorism and how such images are based upon misinformation, leading to bias in the clinical encounter, policies that discriminate against Muslims, and a culture that views Muslim women (and men) as complicit with terror and not agents of positive social change.
Anderson Al-Wazni is a community social worker based in North Carolina and a part time student on AMI’s Hawza programme. She received her Masters in Social Work at Smith College in 2014 where she completed her thesis on Muslim women, hijab, and feminism. She is committed to writing and speaking on social justice issues particularly in relation to Muslim women, female empowerment and anti-extremist ideology. She aims to increase visibility of Muslim women in public discourse through writing and public speaking and she provides free English courses to local refugee women.

The past quarter, she published a study on ‘Muslim Women in America and Hijab: A Study of Empowerment, Feminist Identity, and Body Image‘ and an article ‘The hijab can be a feminist act’ in Oxford University Press Blog. She will also give a presentation in June at the national NASW (National Association of Social Work) conference in Washington, D.C on hijab, Muslim women’s participation in feminist identities, and how the negative portrayal of Muslims has enabled the proliferation of extremist ideology.