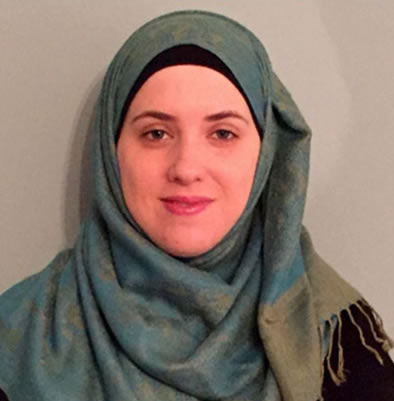 Part time AMI student, Anderson Al-Wazni was invited to give an interview with OUPblog about her role as a social worker and increasing activism work exploring Muslim women’s feminist identity and empowerment in her community and beyond.

Anderson Al-Wazni is a community social worker based in North Carolina and a part time student on AMI’s Hawza programme. She received her Masters in Social Work at Smith College in 2014 where she completed her thesis on Muslim women, hijab, and feminism. She is committed to writing and speaking on social justice issues particularly in relation to Muslim women, female empowerment and anti-extremist ideology. She aims to increase visibility of Muslim women in public discourse through writing and public speaking and she provides free English courses to local refugee women.

The past quarter, she published a study on ‘Muslim Women in America and Hijab: A Study of Empowerment, Feminist Identity, and Body Image‘ and an article ‘The hijab can be a feminist act’ in Oxford University Press Blog. She will also give a presentation in June at the national NASW (National Association of Social Work) conference in Washington, D.C on hijab, Muslim women’s participation in feminist identities, and how the negative portrayal of Muslims has enabled the proliferation of extremist ideology.

Speaking in her interview about moving forward Anderson states she hopes ”to continue writing and to branch out into public speaking in the next year, as well as reaching out to younger generations of Muslim women to help empower them to be proud and confident about their identity. Despite the intense and even ridiculous political climate we are currently living in, I do have a lot of hope for the future. With the current refugee crisis and rise of tyrannical groups like ISIS, there is a lot of work to do. I recognize I have a role both within the Muslim community as I do in the political and sociocultural world outside of it”