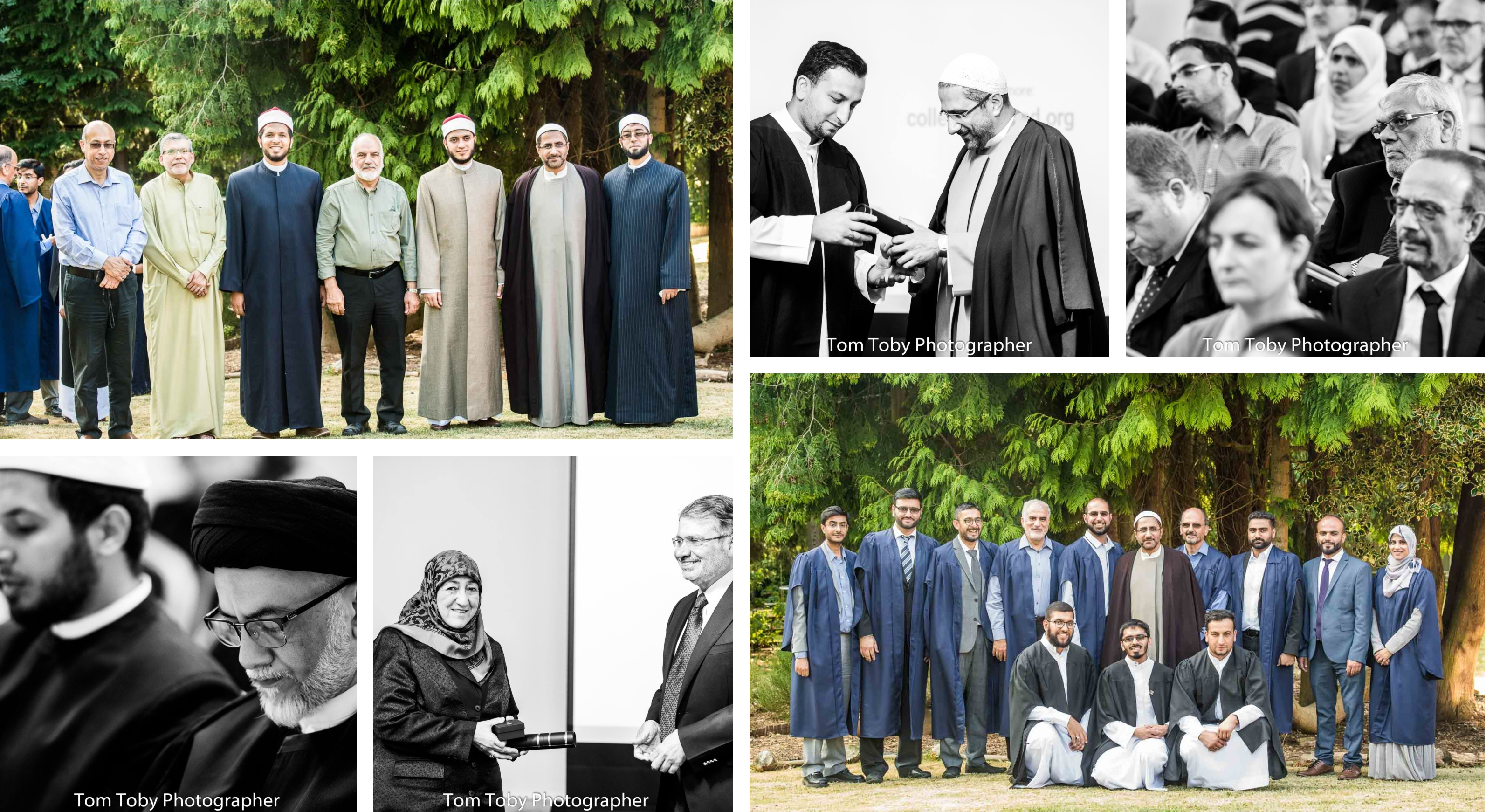 On Saturday 7th July 2018, Al-Mahdi Institute held a Hawza Graduation ceremony celebrating the achievements of graduates and the 25th Year Jubilee anniversary of the Institute. Having completed an intensive four years of study on the Four-year Hawza Programme, it was finally time to recognise and honour the hard work and commitment of the Graduates;

The ceremony also honoured the outstanding contributions of Professor Abdulaziz Abdulhussain Sachedina(Professor of Islamic Studies at George Mason University) for his contribution to the study of Islam and Shi’i studies in academia by presenting him the Ayatollah Amini Award for Academic Excellence, And, Dr Sakena Yacoobi(Founder and Executive Director of the Afghan Institute of Learning) for her immense contribution in educating women and children in Afghanistan, by presenting her the AMI Humanitarian Award.

With the presence of the guest of honor, Ayatollah Professor Mohaghegh Damad, senior Professor of Jurisprudence and Law at Shahid Beheshti University in Tehran, the ceremony was attended by a large audience including AMI faculty, previous AMI Graduates, students, staff, AMI trustees, funders and friends and family of the Institute.

The ceremony, hosted by Sister Nazmina Dhanji, head of the Arabic Studies at AMI, began with Quran recitation by Qari Mohammad Ali, followed by an overview of what Al-Mahdi Institute does by Shaykh Muhamed Reza Tajri, lecturer in Arabic studies at AMI.  This was followed by a launch of the International Centre of Collective Ijtihad by it’s director Ayatollah Mohaghegh Damad talking about the International Centre of Collective Ijtihad and it’s importance in today’s age. Shaykh Arif Abdulhussain then spoke on the humble beginnings of the Institute and where it has reached today. This was followed by presenting the graduates with their awards, and the honorary awards to Professor Sachedina and Dr Yaqoobi respectively.

Professor Sachedina is a Professor and Chair of the International Institute of Islamic thought (IIIT) and teaches various courses on Islam, in addition to research and writing in the field of Islamic Law, Ethics and Theology for more than two decades.

Dr Sakena Yacoobi founded the first organisation that offered human rights and leadership training to Afghan women and supported around 3000 girls in Afghanistan after the closing of Girl’s schools by the Taliban. Since then her efforts have grown exponentially and have benefited millions of people not only in Afghanistan but globally.

The ceremony drew to a close with a short talk by Mr Sajjad Ebrahim a Patron of Al-Mahdi Institute on behalf of the AMI trustees . This was followed by a drinks reception and photography in the AMI Gardens.

The evening ended with a celebratory dinner for all guests held in the AMI Dining Room.

To see more images from the event, please click here.

The Past, Present and Future of Shīʿī Ijtihād