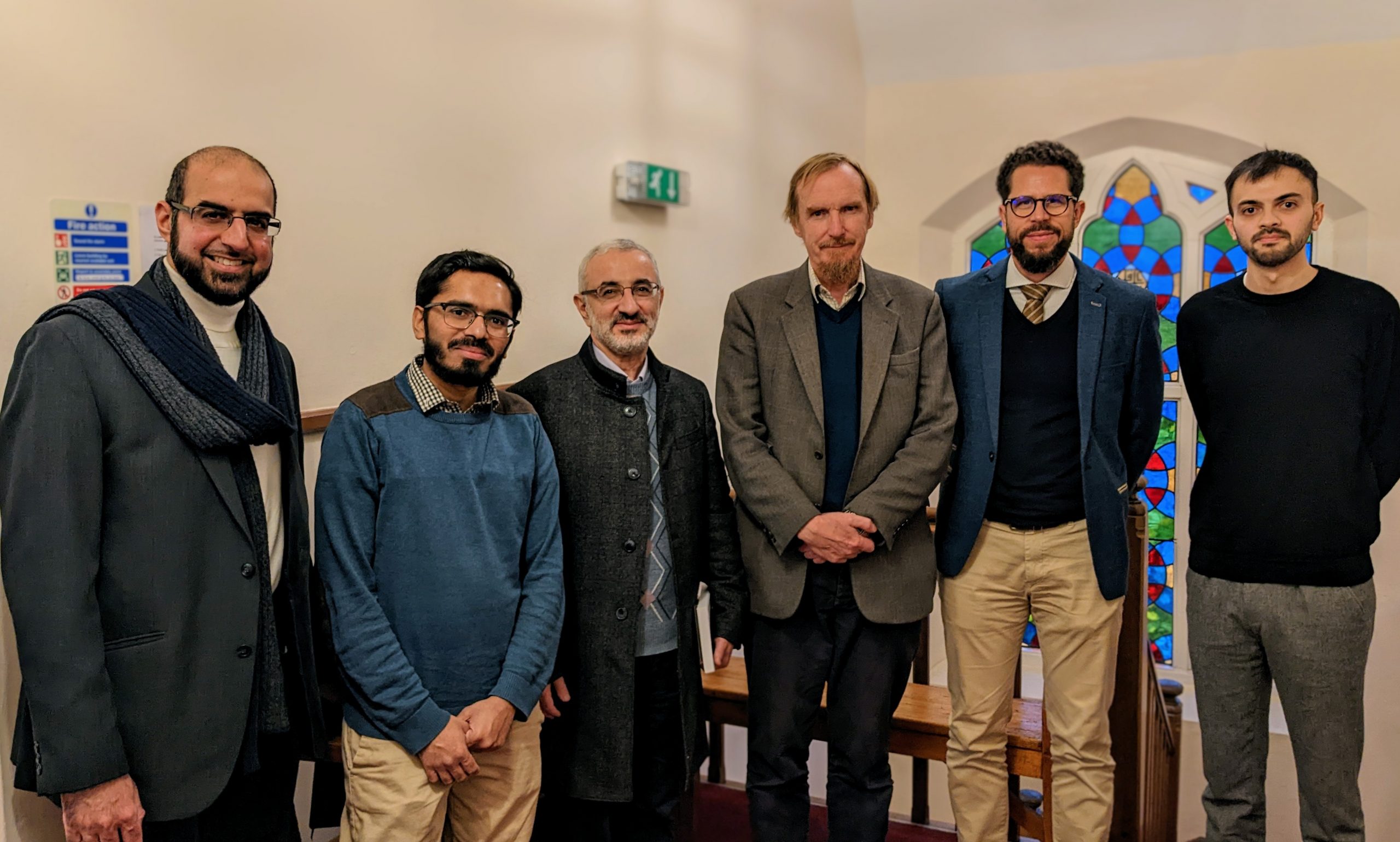 The visit to Cambridge began at the newly designed and built Cambridge Central Mosque. Due to the diligence in design paid to the environment, the mosque is often referred to as Cambridge’s “Eco-Mosque“.

The AMI delegates were given a guided tour of the impressive mosque, which includes an Islamic garden, an exhibition of Muslim technological inventions, a vast prayer hall with special facilities for mothers and toddlers, and even incorporates a serene cafe that can be used by the local community. While the design of the mosque is a modern one, it does not betray the beauty of traditional Islamic architecture and art.

Thereafter, the team from AMI were kindly hosted by Prof. Abdal-Hakim Murad (Dean) and Dr. Abdallah Rothman (Principal), at the Cambridge Muslim College (CMC). Discussions during the fruitful meeting included ways in which both institutions can cooperate in furthering Islamic education in the UK, as well as common challenges faced. There was also the opportunity to meet with several CMC students, and the visit culminated with congregational Maghrib prayer at the College.

AMI and CMC will be looking at consolidating the relationship between the institutions, with the expectation of future visits, lectures, seminars and scholarly presentations aimed at mutually enriching members of both organisations.

Call for Papers – “The Nature of Soul and Death” IRS Workshop