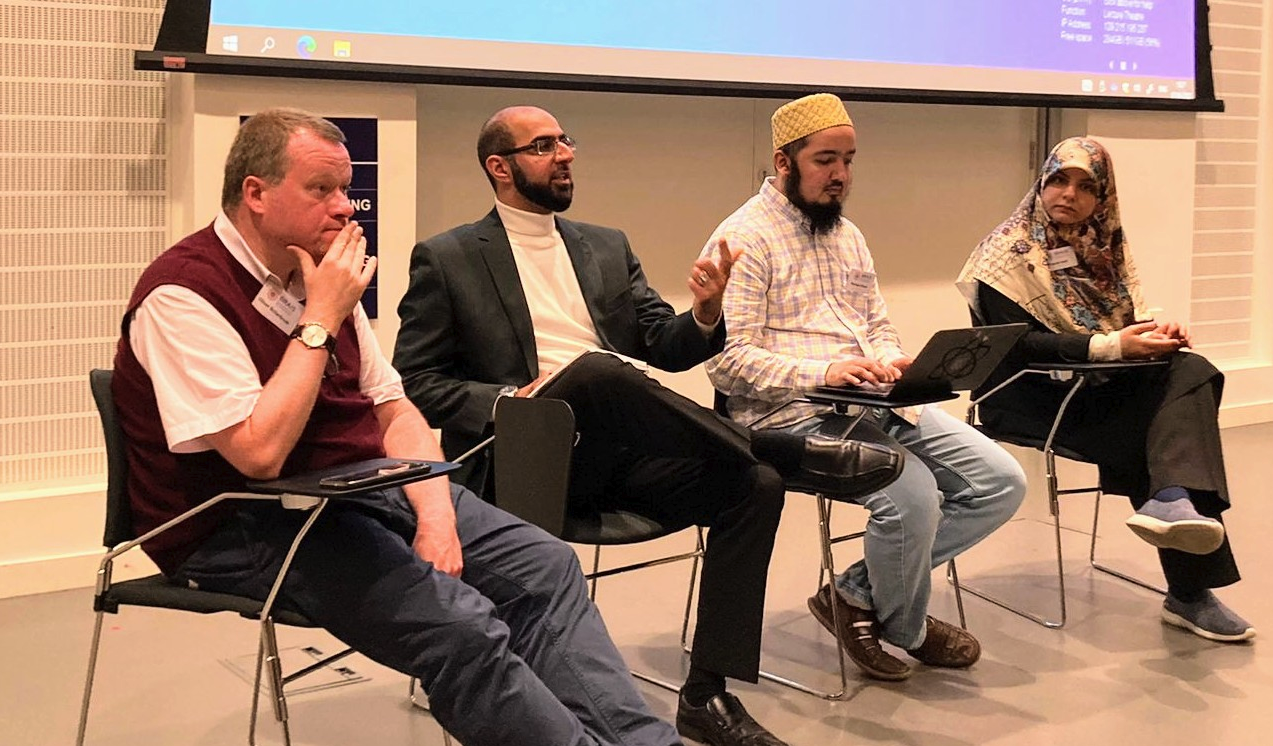 On 6th-7th June 2022, The British Association for Islamic Studies (BRAIS) convened their annual conference at The University of Edinburgh. The two-day conference invited leading researchers and academics, from around the world, to present the latest findings and ideas on an array of disciplines within Islamic studies academia. The conference itinerary, over the two days, hosted the presentation of more than 100 academic papers. BRAIS is a learned society and professional organisation focused on enhancing research and teaching about Islam and Muslim cultures and societies in UK higher education. The association provides a forum for academic exchange for scholars with an interest in any aspect of Islam and the Muslim world (including non-Muslim majority societies) and acts as an umbrella organisation for members working in a wide range of disciplines and geographical interest areas. This year, The Al-Mahdi Institute was privileged to be able to send five delegates to the conference, representing the Institute in various capacities.

As the head of AMI Press, Dr. Wahid Amin attended the conference and was able to network with numerous fellow publishing houses and distributors of academic books. Syed Wajee Shah convenes regular research seminars at AMI and was able to establish contacts with various prospective visitors to the Institute. Visiting research fellow, Dr. Haidar Hobbollah, also represented the Institute and was cited in a number of papers delivered during the conference. In addition to their positions at AMI Library and at the helm of AMI’s intra-faith activities respectively, Adam Ramadhan and Shaykh Muhammed Reza Tajri also presented their own research papers; the abstracts of which are provided below. All of AMI’s delegates were also able to create new links and consolidate existing ones, with leading scholars in their various fields of Islamic studies, thereby facilitating potential visits and presentations at AMI’s own seminars and workshops in the coming months.

When faced with a tradition that does not meet the criteria to be considered probative (ḥujja) in terms of its chain, Imāmī scholars would not necessarily reject it outright. If the tradition conveyed information regarding a recommended ruling (al-ḥukm al-istiḥbābī), some would employ the legal maxim of taking a lenient attitude towards its chain (qāʿidat al-tasāmuḥ fī adillat al-sunan). This maxim does not apply, however, if the tradition with a weak chain regards an obligation or prohibition. In such a case, the obvious solution would be to drop the tradition from consideration. Imāmī scholars, however, developed a mechanism by which the weakness of such traditions can be compensated for due to earlier scholars acting on them. This is known as ‘qāʿidat al-injibār,’ or ‘the principle of rehabilitation and is the focus of this paper.

This paper first discusses the development of injibār from the School of Ḥilla to the present day in the works of Imāmī legal theorists and presents the debate over its legitimacy as a principle. The case of injibār, it shall then be argued, is indicative of a general trend within Imāmī legal theory to resort to mechanisms which justify a reliance on textual sources – however problematic they may sometimes be – at the expense of other potential solutions such as reason (ʿaql) which is identified as a source of law but is conceived of in such a way which makes its use almost impossible.

Literature describes the performance of taqlīd as an integral identity marker of lived Shīʿīsm. How the Shīʿī notion of taqlīd is defined theoretically, however, contrast starkly with what it has developed into as an established practical performance.

The rational basis of taqlīd, by its own definition, seems to afford the lay Shīʿa Muslim with a degree of religious interpretive agency. Contrastingly, the pedestalisation of Shīʿī jurists, in the rigid and centralised Shīʿī authority structure, reduces Shīʿa Muslims’ performance down to conformity with rulings originating in the Middle East.

After expounding on the theoretical basis of taqlīd, in Shīʿīsm, this paper presents qualitative ethnographic data to illustrate how taqlīd performance is evolving amongst a specific segment within the UK ‘diaspora’ of Shīʿa Muslims.

This research paper observes the performances of Shīʿa higher education students, across UK universities, showing the different ways in which their specific challenges on campus lead them to exercising varying degrees of autonomous religious interpretive agency. While their performances do not concur normative and established practices of Shīʿī authority, their reconstructed ideas of Shīʿī authority allows the maintaining of Shīʿī identity on campus, as well as, perhaps inadvertently, being more aligned to the fundamental theory of taqlīd.