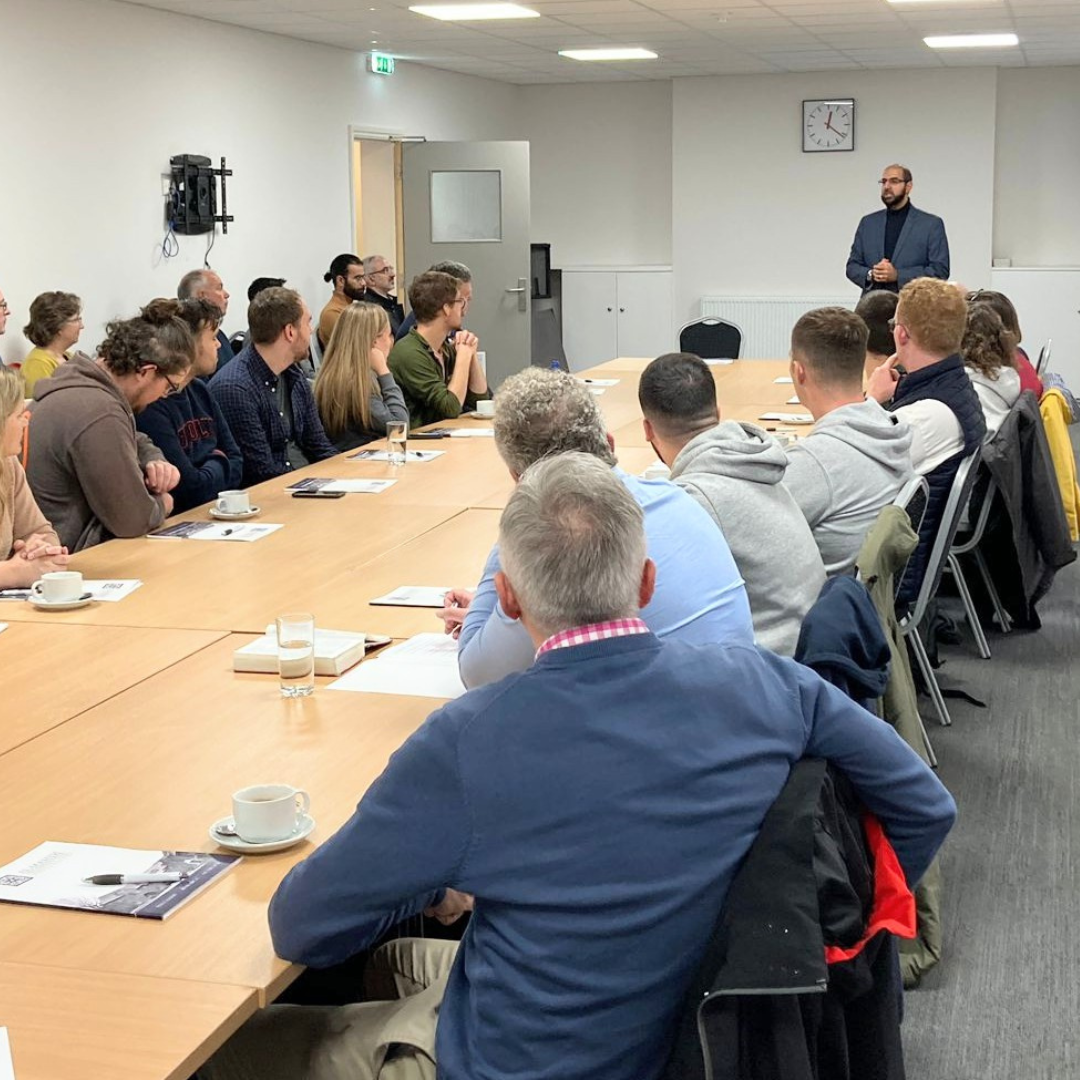 On Thursday, 20th October, Al-Mahdi Institute had the privilege of hosting a delegation of lecturers and students from Bristol Baptist College. More than 30 members of the College were welcomed to the Institute for a visit that involved participants from both institutions engaging with excerpts of sacred scripture from each tradition. The afternoon commenced with the large group splitting into two. The two groups reflected on and discussed the texts in circles facilitated by Shaykh Ali Redha Khaki and Shaykh Muhammed Tajri. The groups discussed parallels between, and interpretations of, the Holy Quran (41:33-36) and the New Testament (Romans 12:17-21). The passages both focus on peaceful reactions to hardship and persecution in their own contexts. Discussions also involved tangential issues from historical and theological ideas arising from the texts. The afternoon included an opportunity for the guests to visit AMI Library and culminated with lunch, allowing for further discussion and networking among the entire group.

Call for Papers – “The Nature of Soul and Death” IRS Workshop